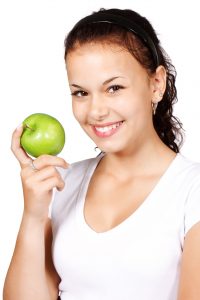 When patients at Alaska Premier Dental Group ask if mouthwash cures bad breath, our usual response is that treating bad breath with a mouthwash is like drenching yourself with cologne instead of taking a shower. Mouthwash is only a temporary mask for odor caused by poor oral hygiene, tongue bacteria, or digestive problems.

The best-selling mouthwashes have a significant amount of alcohol, which can even exacerbate bad breath by drying out the mouth. Some bacteria grow even quicker in a dry environment.

To put an end to bad breath, you need to find the cause. To get rid of hidden bacteria multiplying between teeth, pay more attention to thorough flossing and brushing.

A haphazard thirty-second brushing won’t prevent halitosis (or cavities). Try to brush for at least three minutes. It may seem like overkill if you have been a speed-brusher, but remember that there is a lot of area to cover on multiple planes.

Devise a system to brush every reachable surface of every tooth. Then floss carefully around every tooth, pulling the floss down into the space at the gumline on both sides. Brush your gums, sides of mouth, palate, and tongue, also.

If your tongue is the culprit, you might want to start using a tongue scraper. Tongue scraping has become quite popular, especially among the college crowd.

A tongue scraper is a cleaning gadget that works like a squeegee to scrape bacteria and food particles off the surface of the tongue.

At Alaska Premier Dental Group  we treat many people with bad breath. There is no reason to feel embarrassed. We also provide family dentistry. Schedule an appointment with us today.

It's a new age, and now the doctor can take a look at your smile from anywhere!

HOW IT WORKSNote: Mobile message and data rates from your cell phone carrier may apply.